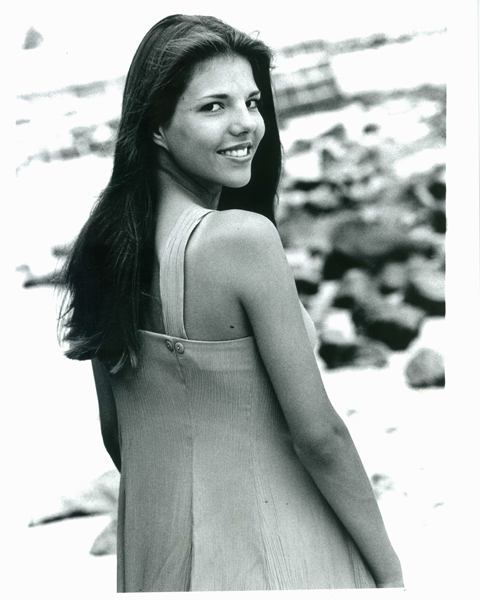 Throughout most of my life I have had very big ideas and strong opinions about how my life was going and where I would end up. The goals I set for myself were pretty ballsy but definitely doable. Every time I thought I had figured out the path I needed to take to reach my destination, life would throw me a curve ball just to remind me that I didn’t have it all figured out.

For as long as I can remember, when asked the question ‘what do you want to be when you grow up?’ I always responded with ‘I want to be a model’. It was true; all I ever wanted was a life in front of the camera, and spending my time playing dress ups.

At 5 years of age a friend called my mum and asked if I would model in a little runway show. Mum asked me if I wanted to do it and I jumped at the chance. When the day finally came and it was my turn to go out on stage, I was petrified.   I was in tears and refused to go out there. Eventually I was convinced to go on stage because one of the older girls in the show was going to go out with me. Once out there, I didn’t want get off the stage. I loved every second of it, including the two outfits I wore.

As I grew up I had to face that same fear many times over in order to build the career that I have today. My first major photo shoot for one of Melbourne’s biggest agencies when I was just 13 had me so scared I don’t think I slept properly for a week. Unlike my first modelling experience all those years before, I handled my fear a lot better. On the day I concentrated on breathing and keeping myself calm and just taking things one-step at a time. Everything went off without a hitch, the shots were great and the agency took me on.

The stage fright existed for a lot of years after that, but the fear was gone. It was gone because when it tried to stop me from doing what I wanted, I refused to let it win. Stepping in front of the camera or on to the catwalk for me these days is as natural as breathing.

When I knew my marriage had to end, fear came back. Whilst I knew that for the happiness of both my husband and I, it was time to move on, I was terrified of letting go of this amazing man that had been my safety net for 15 years of my 25 years on this earth. I was so scared of stepping out in to the world on my own with no one there to catch me if I fell. Scared, but knowing I needed to do it, I took the leap of faith and prayed that I would be ok. After facing that fear and not only being ok, but thriving and really coming in to my own, I felt like I could conquer anything.

For many years since then I have been quite settled, working hard to create a great life and career for myself. Somewhere in those years I was asked if I could MC quite a large event. ‘Sure’ was my response. I had never MC’d anything, but I had always been taught ‘fake it till you make it’, and that was the attitude I was approaching this situation with. On the morning of the event I arrived at the venue and was sitting in my car, shaking like a leaf asking myself ‘what had I gotten myself in to?’. I had serious thoughts about starting my car and driving off. The only reason I didn’t turn around and leave was knowing that if I chose to do that, the career that I envisaged myself having would be gone and it would be time for me to get a proper full time, 9-5 job. That thought alone was enough to get me out of the car and on to the stage.

More recently in my life I have made some pretty major and life changing decisions. If I wanted to pursue certain dreams I needed to make life a little easier for myself. That meant moving house. Selling my last home was a really big deal because it was the first home that I felt 100% safe in. It was mine, I worked hard for it, and it was my sanctuary. I wanted to downsize, I wanted to simplify my life and I wanted freedom. One day the decision was made and from that moment there was no turning back. Like a woman possessed, I was on a mission, fixing, painting and decorating. In quiet moments though when I would stop and sit on my couch, I would put my head in my hands and just sob. I was gripped by fear and doubt. What if I was making a huge mistake? What if I sold my beautiful home and couldn’t find somewhere else to go? What if I was plain delusional and chasing a dream that couldn’t possible come true? In those moments of fear, I allowed myself to feel it and cry it out, but when the moment passed it was time to pull myself together and continue on this journey I had started.

I sold the house. I sold so many pieces of furniture and possessions that I never thought I would part with. I found a new place that is much smaller. Things are simpler and life is amazing!

By not listening to fear I am now ready to embark on the next stage of chasing these wild and crazy dreams of mine. At times the unknown is so scary, but at every stage of my life I have pushed through and what I have found on the other side of fear has been so much more than I could have ever hoped for.

One day when talking to a friend about hating that feeling you get in your stomach when you are scared stiff about something you are about to do, he responded by saying ‘that’s the best feeling in the world – it’s how you know you are still alive’. How true those words are. These days when everything seems to be comfortable and safe, I go out chasing the next dream.

Things don’t always go to plan or turn out exactly how I imagine them to, but they do always work out and generally even better than I could have imagined. Never let the fear win.