Memories Of My Mum 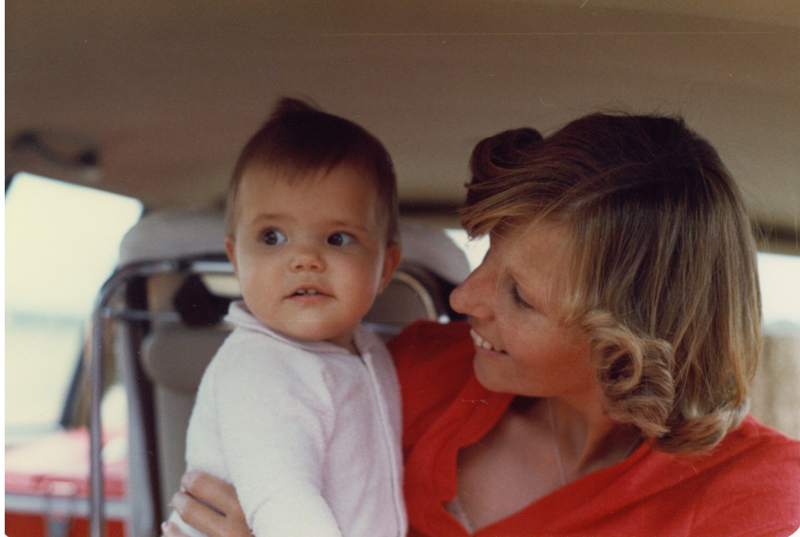 It has been a lot of years since I celebrated Mothers Day with my mum. After many years of butting heads, we stopped speaking. Four years after we had stopped speaking my mum was critically injured while on an overseas holiday. We did speak briefly at that time, and then she passed away suddenly 12 months later. The reason I want to share this story now is because we often talk about how precious life is and how quickly people can be taken from us, but too often think that doesn’t really apply to us, as if we are invincible. The truth is, none of us are.

My mum was an awesome woman. She was funny, incredibly beautiful, so positive, a fantastic friend to all in her circle and a wonderful mother to my 3 sisters. She worked so ridiculously hard to give all four of us girls the private education she knew would give us the foundation to become anything we desired. I take my hat off to her for all that she achieved. She fought hard in life and she won. If I had to choose one word to describe her it would be: strength.

For as long as I can remember, mum and I had a lot of similarities (although if anyone ever told me I was like her I would feign horror). We would frustrate each other, which often led to some epic arguments. What I didn’t realise until years after her death was just how similar mum and I were. With that said, my strength and conviction in what I believed drove her to distraction. I stood my ground during arguments as much as she did, neither would compromise and neither one of us would back down. I’m sure this was part of why there was a distance between her and myself that didn’t exist for my sisters. Feeling like an outsider witnessing these strong emotional bonds they had with mum left me feeling ostracised and I think more inclined to stand on my own, pave my own way, and nothing she said could change my course or distract me from where I wanted to go.

The older I got the bigger that divide seemed to be. I moved out of the family home at 16 and moved in with my dad. Years of living with dad and giving us that distance seemed to make our relationship better. We could be together when we choose and walk away when we needed. I lived with mum again briefly before moving in to my first home with my husband.

It was during a tumultuous time, when my marriage was falling apart that I cut ties with my mum. I didn’t feel supported in what I was going through. That combined with years of arguing and so many other issues I couldn’t deal with it anymore. I needed my mum and if she couldn’t be that for me, I was done. It was that way for 4 years. There were no more words spoken, and I didn’t want to speak to her ever again.

One night I received a call that knocked me on my ass. Mum had been involved in a bus crash in Egypt that had killed 6 Australians and injured 24. Mum was among the injured. In that moment I had to face whether or not I had made the right decision in cutting her off 4 years earlier and if I could live with that choice if she died. I was beside myself. We had no information on what injuries she had sustained; we just didn’t know what was going on. My oldest sister and dad boarded a flight to Egypt the very next day.

Mum was alive, but had sustained life-threatening injuries. She wasn’t in a good way, but once my sister and dad arrived things were looking up. With all of that said, those of us still at home we bracing ourselves for that phone call that could come at any moment, telling us she hadn’t made it. Slowly, slowly mum was getting stronger, and was eventually the last crash survivor to leave Egypt. During this process I had decided that if mum wanted to speak to me, I would put all of my issues aside and just embrace a relationship with her. We could always deal with those issues later on. Facing death and loss really puts everything in to perspective

Finally mum was in London and I got the message that she wanted to speak with me. As soon as I had said ‘sure’, the phone rang. For the first time in years, I heard my mum’s voice. It was raspy and weak, but it was there and I was so grateful that we had that chance to talk, the chance that I almost missed. For the next few days we spoke every day. It was so nice to be able to chat and laugh despite the physical pain she was in. Then something happened that fatally fractured our relationship. The day that happened, I hung up the phone and said to my partner ‘I’ll never speak to her again’. What happened that day was enough that I knew I had done everything in my power to mend the relationship, but would also be able to live with my decision and myself if she was gone the next day.

Even though we were once again not speaking, I checked in with dad for daily updates on her progress. Thankfully mum recovered enough to come home from the UK, but we never did speak again. I always lived in hope though that one day, she would hear I had remarried or had a baby and that would be enough for her to reach out. The ball was in her court and she and I both knew it. Mum from all accounts I was hearing, was doing well. There were physical issues she was living with as a result of the crash, but she was definitely ok.

Then, like a bolt of lightning came the news – mum was gone. I will never forget the completely numb feeling of that time. Tears were pouring from my eyes, but I wasn’t crying. All I could do was sit there and stare at nothing, trying to absorb the news. She wasn’t sick, she had made it home, it had almost been a year since the accident. How could she be dead!!!!!

The grieving I went through was very different from what my sisters went through. My sisters were grieving the loss of their mother who was ever present in their lives. The woman they spoke with on the phone daily, the warm comforting place they went to in tough times. There was a massive hole left in their lives and that never heals. I had grieved that loss, 5 years earlier. For me I was grieving the lost opportunity to ever repair our relationship, the loss of the possibility of having the relationship with mum that my sisters had. With all of that said, I was still OK with the decision I had made a year earlier. Mum and I both knew what had happened and we both knew the risks and consequences of that decision.

As the years have rolled on (this year it was 9 since mum passed, and 14 years since we had any sort of relationship) I have reflected a lot on who my mum was, the relationship we had and the human it turned me in to. I carry no anger for my mum. I understand that she did the best she could with what she had. That doesn’t mean she didn’t make mistakes, we all do, that’s life and that’s how we learn. I feel like we have a greater relationship now than we ever did while she was on this earth. Mum was and I am an incredibly spiritual person, we both hold the belief that there is more than just this life, and I know she watches over me and guides me as well as sends me messages when she needs to. She especially likes to play a particular song at very random times, and she sends owls to me, which freaks a lot of my friends out.

I have also discovered and embraced just how similar mum and I are. I am a version of my mum, but on steroids. It can at times disturb people who knew my mum when they ring me and I sound just like her or I start laughing so hard, my laugh becomes a crazy cackle. I forget the punch line of jokes, just like she did, I do so many things like her, the list just goes on and on. I am so positive about everything it can drive people nuts. As every year passes and I discover more and more similarities, I also understand why we couldn’t live together.

I have learned so many lessons from my mum, and I am happy with the person I am today and I wouldn’t be me without all of the experiences I have had through the years, good and bad. Even though we weren’t able to mend our relationship in this life, I am so grateful we had that opportunity a year before her passing to give us closure of sorts for our relationship.

Even though I am fine with how mum and I were, I often hear people say in anger ‘I’m never speaking to that person again’ I always ask them if they’re really sure about that. If they say yes I offer two pieces of advice:

Despite our differences, I love my mum with all of my heart and a day doesn’t pass where I don’t think about her and where I don’t talk to her. Hug those that are still here with you today, even if they frustrate you. Who know what tomorrow will bring.